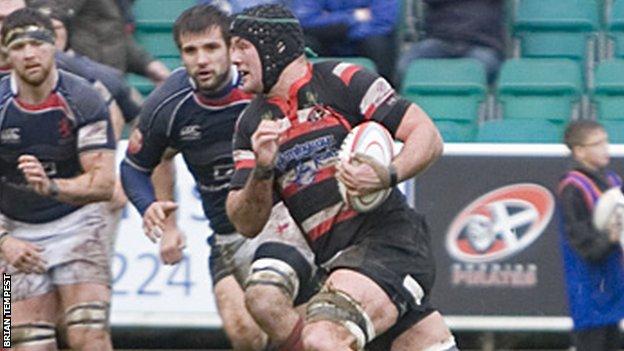 Cornish Pirates lock Laurie McGlone is set to miss up to six weeks of action after being told he needs surgery on a knee injury.

The 32-year-old former Coventry forward was injured in the Pirates' 27-6 win over London Welsh last month.

The New Zealander, who has chipped his patella, has started 11 games for the Pirates this season.

McGlone joined Pirates in April 2009 and has scored two tries in 19 starts for the Penzance-based club.