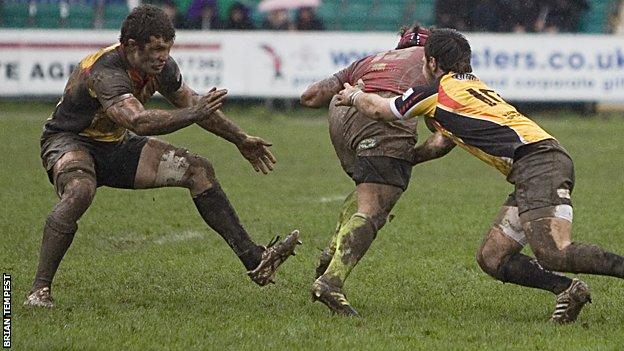 Cornish Pirates' trip to Rotherham is in doubt for the second week in a row as their pitch is still frozen.

Continuing cold weather in the north of England has led Rotherham to postpone Saturday's match until Sunday, although that is subject to a pitch inspection.

"I spoke to [Rotherham coach] Andre Bester and he's been trying his hardest to get the game go ahead," Pirates coach Ian Davies told BBC Cornwall.

"We both don't want a midweek fixture, especially at this time of the year."

Davies added: "As you're starting to get your squad ready for the play-offs you're trying to keep them as fresh as possible and three games in a week isn't going to help anybody," added Davies.

The Pirates should have played at Rotherham last Saturday but the game was postponed until this week.