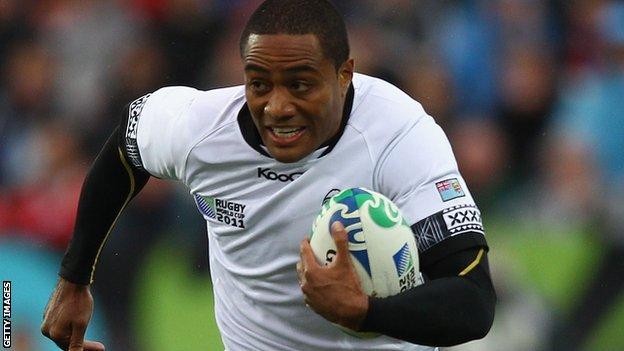 Saracens have been handed a suspended £5,000 fine for fielding an ineligble player, Michael Tagicakibau, in their LV= Cup game against Worcester.

The 26-year-old Fiji international wing started Sarries' 41-14 win at Vicarage Road on 29 January despite not being registered to play in the competition.

However, the LV= Cup organising committee accepted that the breach was "due to an administrative oversight".

The Premiership club will not appeal against the punishment.