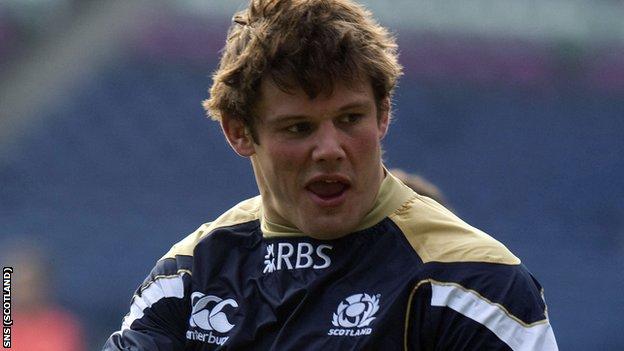 Some of the Scots' most famous wins have come in wet conditions, and bad weather is forecast for this weekend.

But Ford says the Scots, like Wales, want to play expansive rugby.

"We've asked for the roof to be closed, so that guarantees us a nice dry ball to go out and play the way we want to," said the Scotland hooker.

Both teams have to be in agreement over the roof's closure for the match to be played in such an environment.

Ford added: "We believe we've got the ability there to put pressure on Wales with the way we want to play and we'd prefer it if the roof was closed.

"We have had victories in the worst weather conditions, but I think you would be hard pressed to find a rugby player who enjoys the wet and the cold.

"We're going down there with the intention of closing the roof and playing."