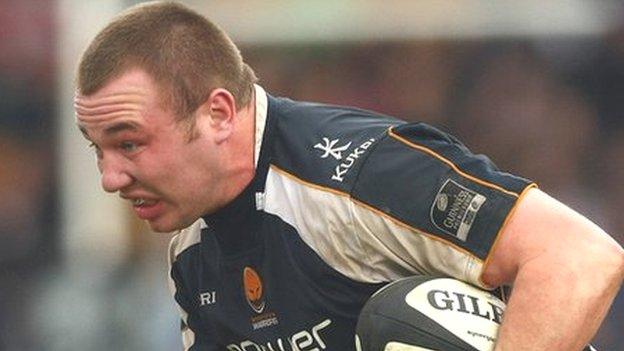 Worcester Warriors have beaten off the attentions of several Premiership clubs to re-sign prop Matt Mullan for another season at Sixways.

The 24-year-old England international, who came through the Warriors Academy, has made a total of 85 appearances for Warriors.

"I truly believe this is a very significant moment for the club."

Hill, whose side travel to Sale on Friday night, continued: "We want our very best young players to stay with us and have faith in the future and the plans we have to this club forward.

"This is a big statement for the Warriors and where we are going.

"Matt has been consistently outstanding and in every single game he produces top-quality performances.

"He has huge respect within the squad and is absolutely 100% professional in everything he does, as he strives to develop and push himself."

Mullan first came to prominence in the 2007-08 season with 25 appearances in all competitions, including his Premiership debut against London Irish in December 2007.

He was first called up to the England Saxons squad in 2009 and made his senior England international debut as a replacement for Tim Payne against Italy in Rome on 14 February 2010.

"I am very pleased to have my future sorted and can now look forward to the rest of this season and beyond at Warriors," said Mullan.

"I have come through the academy system and have been involved in the senior set-up for seven seasons now, so I desperately want to achieve the potential that I truly believe exists at Sixways.

"We have made a very strong start to 2012 and I am excited by the plans and the coming year under the leadership of Richard Hill and his coaching team."