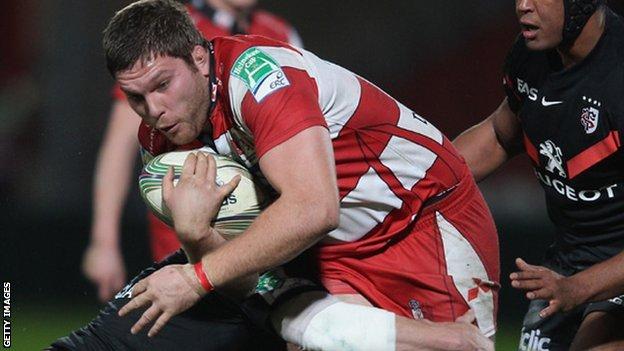 The tight head, who is part of the England Saxons set up, came through the Newcastle Falcons academy and moved to Kingsholm in 2009.

"You can't ask for a better place to perform than Kingsholm, and the fans are great," the 25-year-old told the club website.

"There was no reason to look elsewhere, this was the club that showed faith when no one else really would."

Harden spent his first season as a Gloucester player on dual registration with Moseley.

He has since forced his way into Bryan Redpath's first-team squad and has made 45 appearances for the Cherry and Whites.

"Credit to Rupert, he's realised there is an opportunity here and he's knuckled down," said head coach Redpath. "He's been rewarded with a Saxons call up and he deserves it.

"He's a young man with a lot of talent and could go a long way. He needs to keep working hard but he's done extremely well for us."