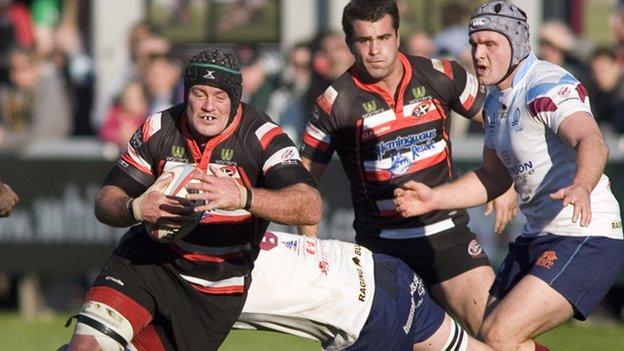 Cornish Pirates forwards coach Ian Davies admitted that his side will have to improve despite seeing them run out 19-14 winners over Rotherham.

David Ward and Thomas Kessel crossed the line for the Pirates, but Ceiron Thomas was erratic with his kicking.

"We tried everything we could to lose the game, we missed 11 points with the boot," Davies told BBC Radio Cornwall.

"A couple of times with the maul we did everything but score, and that's something we've got to look at."

He continued: "The forwards performed well in the first half particularly, then I think heavy legs told in the second half."

Despite some frustrations with the attack, Davies praised the Pirates' defensive efforts against a physical Titans outfit.

"We knew it was going to be really, really tough coming here. We knew Rotherham are a big side all over, and we knew it would need a big defensive effort and that's what we saw.

"We started to flag a bit after 65 minutes but it was a magnificent effort across the park. They ran and ran and ran," he concluded.