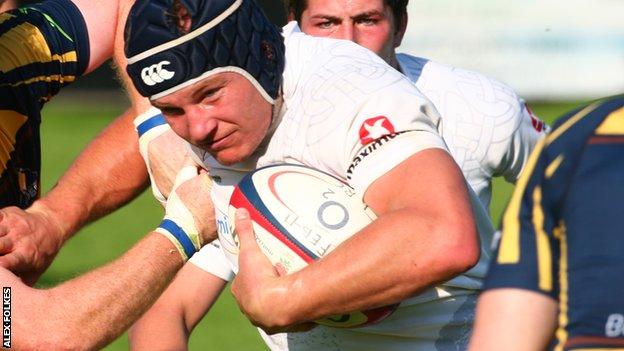 Flanker Lord, who faces an RFU appeal hearing into alleged eye-gauging on Monday, started in place of the unavailable Ben Hilton.

"It's great to have Josh back in the team, he gets around the park and gets his tackles in," Rawlings told BBC Radio Cornwall.

"Hopefully we get justice on Monday and we will have him again next week."

He added: "We need him in the team. I think we missed Ben today but Josh came in and gave an outstanding performance."

The result was the perfect riposte after Dings snatched a 28-27 victory over the Cornish All Blacks in October.

Richard Bright and Aaron Struminski bagged the tries, while Kieron Lewitt added the extras with the boot, and Rawlings was pleased with the resilient performance.

"They blitzed our scrum, they fought hard and they had the majority of the ball in the second half," he continued.

"But if you look at the scoreboard it says 18-0. It was a great effort from the lads.

"I remember being in the same situation last year and we had to fight for everything. They had the majority of the ball in the second half and they were camped in our half for a good 10-15 minutes."

Despite the impressive win, Rawlings was disappointed with a lack of discipline from some of his players.

"You've got to agree with the referee and at times we didn't today. We gave away some silly penalties and silly free-kicks for talking back and we've got to have a look at ourselves for that."