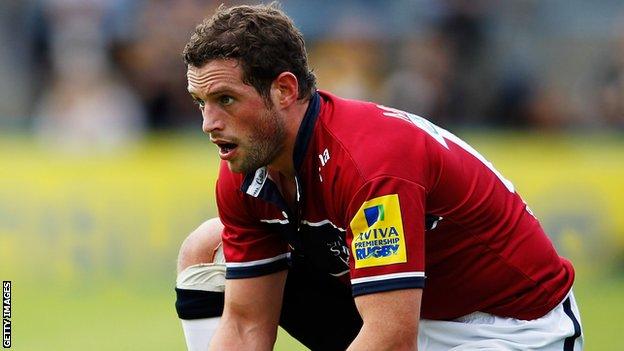 Sale head coach Tony Hanks singled out fly-half Nick Macleod for his contribution to the win over Worcester.

Macleod, 28, slotted five penalties in the 15-12 victory, including a 75th minute touch line kick to win the game.

Asked about the last kick, Hanks told BBC Radio Manchester: "Nick's been kicking those all year - I would have been very surprised if he had missed.

"He gives everyone a lot of confidence with the way he's kicking and just his general play."

He has started every Premiership game and only Tom Homer of London Irish has scored more points in the league than the Welshman.

Macleod recently signed a new two-year deal with the Sharks, but chief executive Steve Diamond has spoken of signing another stand-off the ease the burden on him next year.

New Zealander Hanks said that despite being a reserved character, Macleod is seen as an important presence within the dressing room.

"Within our camp he's the main man, he's the guy that we run a lot of stuff around with," Hanks said.

"I didn't coach Charlie [Hodgson], probably the shadow of Charlie isn't with me, so for me and Nick it was a fresh start.

"I know playing against him in the last couple of years I always thought he was a very good player.

"He was a player I didn't really like play against because he does bring something a little bit different, he's got a big boot on him and now he's kicking his goals.

"He's someone who I think likes to go under the radar, I don't think he's someone who's to fussed about being on the front page of newspaper and magazines."