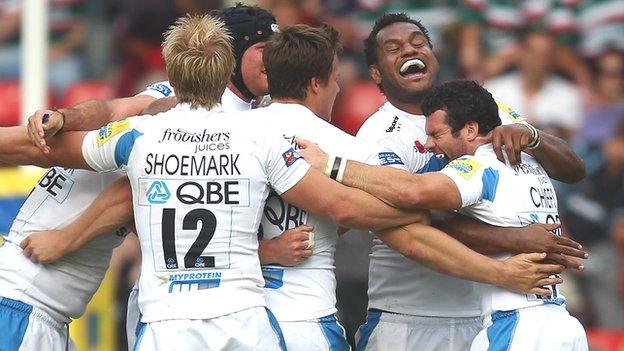 Exeter Chiefs coach Rob Baxter is refusing to get carried away with his side's results after they completed a season double over Leicester Tigers.

The Tigers were without several first-team players due to international commitments for the 19-11 defeat.

"As great as it is to do the double, we have to be realistic about that."

It was an impressive victory nevertheless, with Baxter's men holding on despite losing prop Brett Sturgess to an arm injury late on.

"The truth is I enjoy the win and will celebrate it, and I tell the players to enjoy and celebrate every Premiership victory because they are still very important," Baxter added.