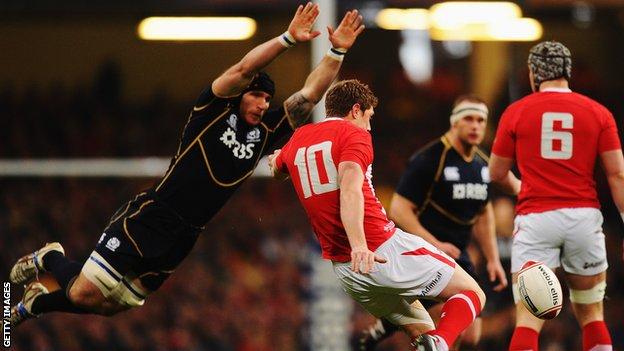 Scotland flanker Alasdair Strokosch could miss the rest of the Six Nations after fracturing his hand in Sunday's 27-13 loss to Wales.

Andy Robinson's men end ther campaign with a trip to Italy on 17 March.

The Scots await news on winger Max Evans, who left Cardiff on crutches and wearing an immobilising boot to protect an injured ankle.

Robson added: "Max will be seen by the specialist ankle surgeon John McKinley at Spire Murrayfield Hospital today and we will await a further update later this week."

Ruaridh Jackson, Joe Ansbro, Kelly Brown and Moray Low have all missed the opening defeats to England and Wales through injury.

However, stand-off Jackson made a return to the Glasgow line-up last week and could be in contention for Scotland's next match with France at Murrayfield on 26 February.