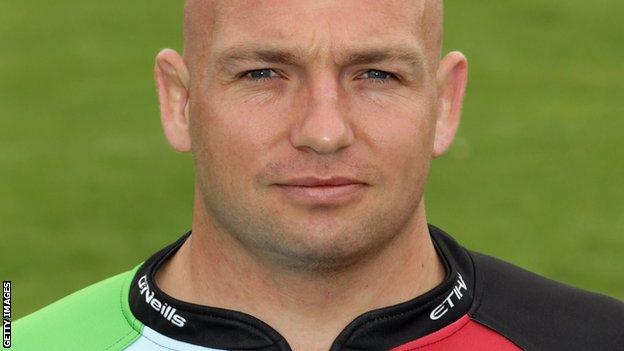 Harlequins hooker Matt Cairns has announced his retirement from the game with immediate effect due to a persistent ankle injury.

The 34-year-old, who won his only England cap against South Africa in 2007, made 30 appearances for Quins after arriving in 2009.

Cairns, who had trials with Liverpool FC as a youngster, also spent a decade with Saracens during two spells.

"The fact that my playing career is over is still sinking in," said Cairns.

"I'm still deciding what's best for my family and myself. Rugby has been such a massive part of my life so the fact that my career has ended sooner than expected has been difficult to accept.

"While I will miss the camaraderie of the great players that I've played with, I have lots of happy memories."

Harlequins director of rugby Conor O'Shea added: "Matt has been a great servant not just to the club but also to the game of rugby.

"He has achieved so much during his playing career and will be missed both on and off the pitch."