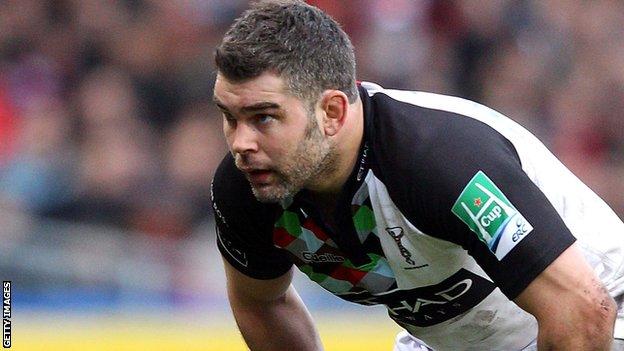 England international Nick Easter has signed a new three-year deal at Harlequins to keep him at the club until the end of the 2014-15 season.

The 33-year-old number eight has made 162 appearances for Quins since arriving in 2004, scoring 42 tries.

Quins director of rugby Conor O'Shea said: "I believe he is currently the best number eight in the country.

"I'm sure everyone involved with the club will be delighted that Nick has signed for another three years."

O'Shea continued: "Nick still has a lot that he wants to achieve in the game.

"Having come to professional rugby later than others, and given the condition he keeps himself in, we believe he will play at the highest level for years to come."

Easter, who can also play as flanker, has scored five tries in England appearances that include both the 2007 and 2011 Rugby World Cups.

He added: "I'm delighted to have re-signed with Harlequins.

"It is a club that allows you to express yourself on the pitch. We're playing an attractive style of rugby that is not only producing positive results it is also enjoyable to be part of.

"I'm looking forward to contributing to the ongoing success of the team and to winning more silverware for the club and its supporters."