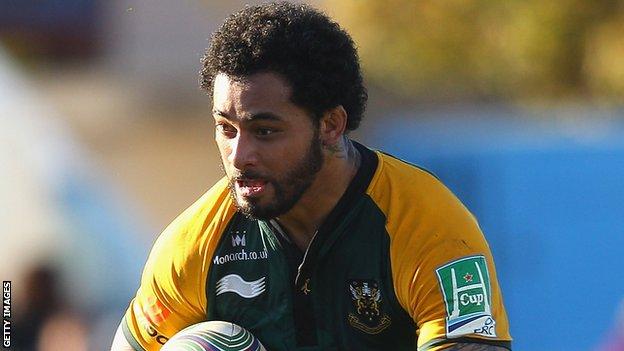 The 26-year-old, who joined from San Francisco Golden Gate in the summer, has featured 23 times in his debut Premiership season.

"I'm very happy to be here," he said. "The club's been great to me and my family so that's why I decided to stay here and sign this contract.

"Every single game I've played in has been a highlight for me."

The former concrete layer, who plays either second row or number eight, added: "Coming from the Super League in the States and jumping straight into the pros was big for me at the time.

"I've been learning a lot and at this stage I'm pleased with how I've been playing."

Director of rugby Jim Mallinder said of the one-cap USA international: "Samu has adjusted to the professional game well and is starting to make his mark in Premiership rugby.

"He is a natural athlete and has all the skills and physical attributes to be a good player.

"But he is just at the start of his professional career and there is more to come as he gets more game time and experience."