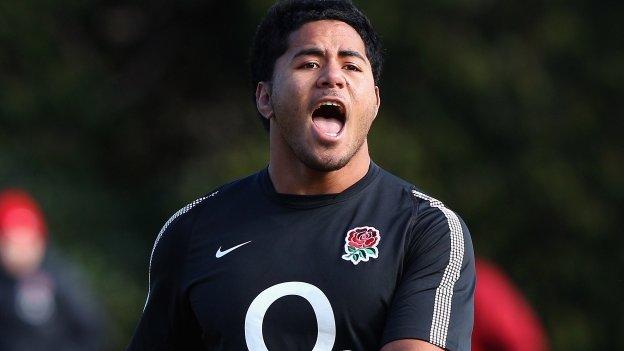 The Leicester centre has recovered from a hamstring injury but has not played for England since jumping off a ferry following October's World Cup exit.

Lancaster told BBC Radio 5 live: "It's nice to have people like him coming back into the equation.

"It'll be an interesting decision but I think he'll be playing some part."

Tuilagi and his Leicester team-mate Toby Flood, along with Northampton lock Courtney Lawes, are vying for recalls after shaking off injuries to play for their respective Premiership clubs over the weekend.

"I'm delighted they got some game time," said Lancaster. "Manu, Toby and Courtney haven't played a lot recently and to play international rugby you have to be playing at the sharp end of domestic rugby."

Lancaster said he would be making changes to an England side that secured narrow wins in its opening two Six Nations games, against Scotland and Italy.

"There will be one or two changes from the Italy game and we certainly think our bench will be an important factor going into the second half," he stated.

"Results will always follow [a good] performance but we recognise the quality of our performances needs to improve."

Scrum-half Lee Dickson and number eight Ben Morgan could start after impressing from the replacements' bench in Italy.

Lancaster, who was appointed interim coach following Martin Johnson's resignation last year, guided new-look England to a 13-6 win at Murrayfield and 19-15 victory at the Stadio Olimpico.

However, he knows they face a sterner test against a Welsh side harbouring hopes of clinching a Triple Crown and keeping alive their dreams of a third Grand Slam in eight years.

England, who will again be captained by flanker Chris Robshaw, host Warren Gatland's side on 25 February.