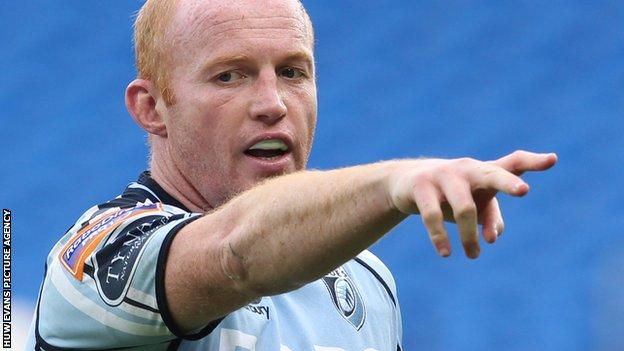 The former Wales and Lions flanker's present deal with the Blues expires at the end of the current season.

And with the advent of a salary cap, Blues chairman Thomas says he expects a number of other summer departures.

"There are a number of players who will be out of contract and their contracts won't be renewed," Thomas told BBC Radio Wales' The Back Page programme.

"There will be a lot of players leaving but a lot of those players will have come to the end of their playing careers.

"The one classic example, and I'm sure he won't mind me saying so, is Martyn Williams."

Williams, who has won 99 caps for Wales, has been with the Blues since the region's formation in 2003 having previously played for Pontypridd and Cardiff RFC.

The 36-year-old started for the Blues in Friday night's Pro12 game against Ulster at the Arms Park, making his 137th appearance for them.

Williams had been expected to leave the region at the end of last season but signed a one-year contract extension.

Williams, who toured with the British and Irish Lions in 2001 and 2009, is Wales' most capped forward but was left out of last year's World Cup squad.