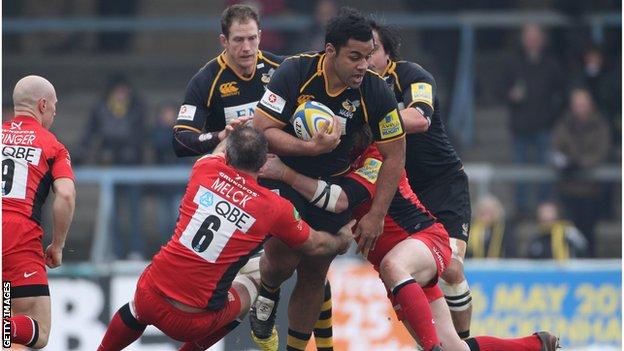 Wasps owner Steve Hayes has revealed he is close to selling the club after entering advanced talks with four interested parties.

Hayes announced in October that he was putting the Aviva Premiership outfit up for sale after Wycombe District Council withdrew support for a new stadium.

A statement declared "no preferred party has yet been selected" but a deal was imminent.

In his three-and-a-half years at the club Hayes started an annual St George's Day game at Twickenham and oversaw an English club's first competitive game overseas.

Wasps insisted all four parties had proven they were financially capable of completing a deal, with a key factor in deciding the winner of the bidding war being who could "offer the club a sustainable and successful future."

Wasps host Exeter Chiefs on Saturday and currently sit in 11th place in the table.