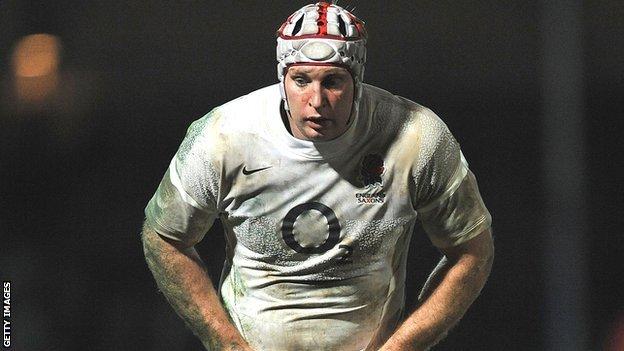 The 28-year-old was the fans' player of the year in 2010/11 and joined the England squad at the World Cup in New Zealand as an injury replacement.

Waldrom has been a consistent performer since joining at the start of last season and has already played 50 games.

"I've really enjoyed my rugby. I have a lot to thank the club for because I would not have got where I am now without Leicester," Waldrom said.

Thomas has fitted in very well. We knew he was a very good player and he has developed well

Tigers do not reveal the length of contracts but Waldrom says he has settled in England and is thrilled to be staying.

"I am very happy," he added. "Everyone at the club has helped me and my family settle in the area, and the supporters have been great to me.

"Now I'm looking forward to the rest of the season and we just want to make the most of our opportunities."

Director of rugby Richard Cockerill said: "Thomas has fitted in very well here. We knew he was a very good player when we first brought him to the club and he has developed well in his time with us.

"He brings some different qualities to the back-row combinations in the squad and we think he'll continue to get better and better working within the Tigers environment."