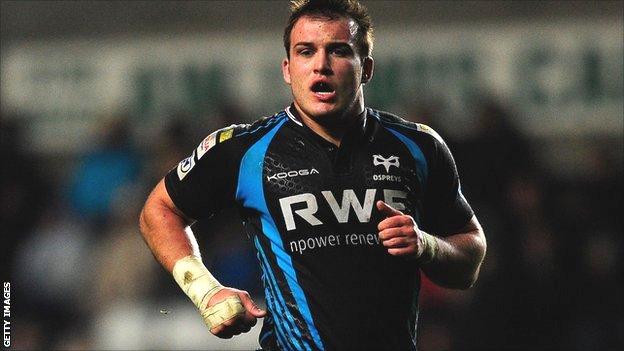 Smith, who will join the club in June, has made 83 appearances for the Welsh region, scoring two tries, and has captained Wales at Under-21 level.

"Tom's ability to play at blindside flanker and number eight means he will add further to our back row options," said Exiles coach Toby Booth.

"I have enjoyed my time at Ospreys but feel it's time to move on," said Smith.

Smith follows Leicester lock George Skivington in signing for London Irish and he will link up with the squad in the summer.

He added: "There are a few Welsh lads in the current London Irish squad who have gone on to be extremely successful in recent seasons and I hope to follow suit when I join this summer."