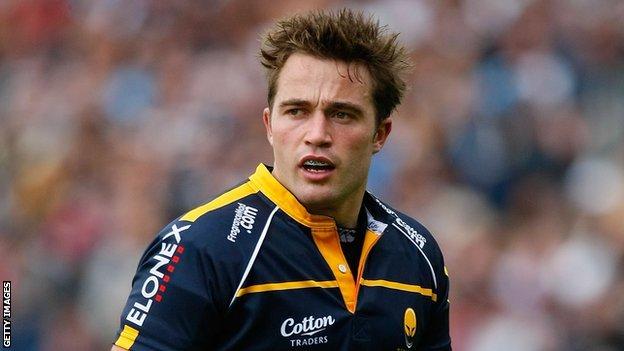 Worcester Warriors centre Alex Grove says he is relieved to have signed a new contract with the Premiership club.

The 24-year-old Scotland international has signed a two-year deal at Sixways.

Grove told BBC Hereford & Worcester: "I always wanted to remain at Sixways and to help the club realise all the ambitions it has.

"It's is exciting to see the calibre of players being signed and retained for next season. Also the plans the club has to grow both on and off the field."

Head coach Richard Hill says Grove's contract extension is another important part of his squad building for next season.

"Alex has been an automatic selection over this last season, alongside Dale Rasmussen he has clearly been one of the best centres at the club," he added.

"He has been consistently excellent week-in and week-out, particularly in defence. Alex has proven to be one of the best, if not the best, defender in the 13 channel in the Aviva Premiership.

"It is one of the most difficult positions on the field to play with so many decisions to be made. But he is intelligent, very talented and is a big tackler who makes sure nobody goes through him in this league."