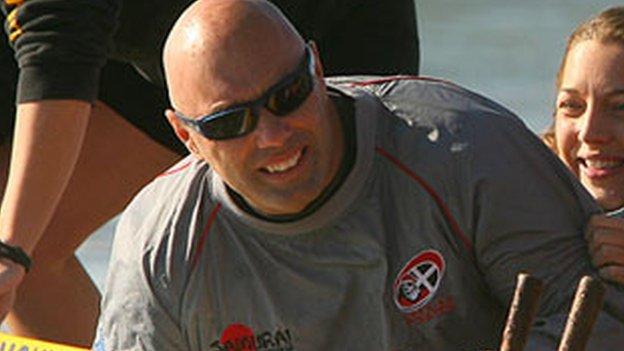 Redruth's new head coach for next season Adrian Edwards says his priority will be to continue to develop the young players in the club's squad.

Edwards will take over the running of the National Two South club when director of rugby Dave Penberthy stands down at the end of the season.

The Reds have relied on a number of academy players as their more established players have left the Rec.

I've been very fortunate in rugby and worked in different aspects, in the medical side and the conditioning side

"The challenge is bringing those youngsters up," Edwards said.

"It's getting to the level where they can really compete in the league they're in," Edwards told BBC Radio Cornwall.

"I think they can do that. That's the challenge, it's bringing these youngsters on and getting the senior players to develop them as well."

The club have seen establish stars such as Matt Gidlow, Paul Thirlby, Mark Bright and Nathan Pedley leave over the past few seasons, as they have slipped from National One to National Two South.

And Edwards says he feels he has all the attributes to make a success of the job.

"I've been very fortunate in rugby and worked in different aspects, in the medical side and the conditioning side," he added.

"In the last two years I've done a lot more hands-on coaching, so I've got an idea of all the different parts of what you need to be a rugby player."