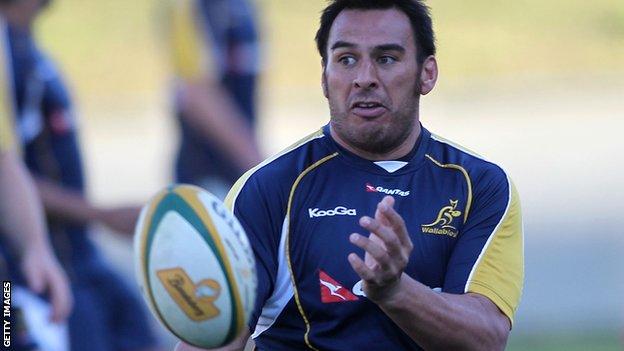 Australian international Huia Edmonds has joined Gloucester on a two-year deal, with an option for a third year.

"We've done a lot of research on him through personality and what kind of player he is," head coach Bryan Redpath told BBC Radio Gloucestershire.

"He's very mobile, very athletic, his set piece is very strong and he'll add a bit of dynamism to our front row."

Edmonds was born in New Zealand, but has represented Australia at every level from schoolboy upwards.

He is a direct replacement for Scott Lawson, whose departure was announced earlier this week, and has the added advantage that he will not be lost to international call-ups.

"I am very excited about the next two years at Gloucester and playing rugby with some of England's finest rugby players," Edmonds told the club website.

"Watching Gloucester from back here in Australia I think their playing style is very similar to what we play in the Super 15, which obviously influenced my decision to sign."

"I think it is a great opportunity for myself and my family to come over and experience the lifestyle of England."