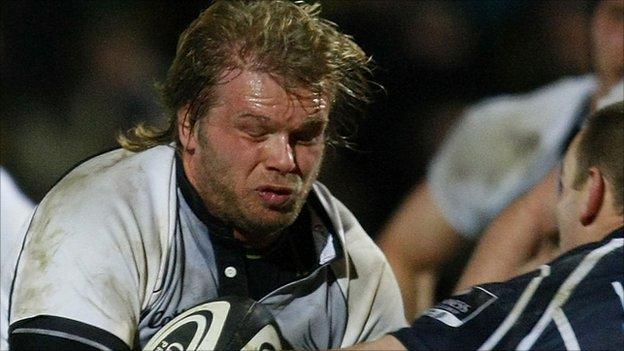 "James provides us with some good cover in the pack," said Falcons director of rugby Gary Gold.

"Adam has great leadership qualities and I am delighted that he has decided to move to the north east as we strive to move up the Premiership table."

Both players are available for Saturday's trip to Leicester.

Former Wales under-21 international Goode, 29, lists Cardiff Blues and New Zealand side Manawatu Turbos among his former clubs, but has been limited to five outings for the Ospreys this season.

Gold indicated he would slot straight into the Falcons team with key players currently absent.

"With James Hudson recovering from his injury, he will add some firepower as we continue our fight-back in the Premiership," he explained.

Balding, 32, left Falcons in February 2010, having started out at Leicester where he won home and European honours before joining Gloucester.

He will provide competition and cover for current back-rowers Ally Hogg and Mark Wilson at Kingston Park.

"He has played for some fantastic clubs, playing at the very highest level and it is a pleasure to welcome Adam to the club until the end of the season," Gold added.