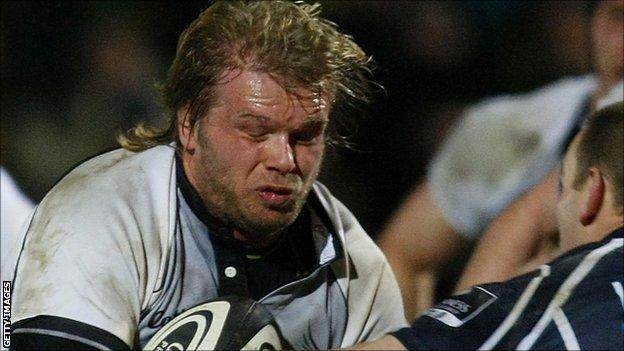 Adam Balding has paid tribute to Worcester Warriors after moving back to former club Newcastle Falcons.

Balding played a major role during his first season at Sixways, featuring in 22 games as Warriors won promotion back to the Premiership.

However the 32-year-old has struggled with a hamstring injury this season and has only recently recovered.

Balding told BBC Hereford and Worcester; "I have really enjoyed my time at Worcester Warriors."

He continued: "There is a special group of players at Sixways who I will miss immensely. The infrastructure at the club, since I've been there, has changed for the better and the club is on the front foot.

"I must thank everyone for what they have given me, and the fans have also been nothing but totally supportive, with their backing and words of encouragement this season during my recovery.

"The coaches at Worcester have always been very honest with me and I appreciate that and the opportunity they have now given me to go and get game time at the end of the season."

After being out since November, Balding has played in the club's A team, the Cavaliers, in the last two games. As part of the deal with Newcastle he will not be playing for the Falcons at Sixways later in the season.

Head coach Richard Hill explained why he allowed Balding to move back to Kingston Park.

"Adam has had cruel luck with injuries this season and not spent the time on the field we all would have liked," he said.

"Although he is back to push for selection we have seen Blair Cowan and Sam Betty come in and perform very well and now have Kai Horstmann and Neil Best also coming back into our selection plans."

Balding who had been helping BBC Hereford and Worcester with match day commentaries while injured, made 28 appearances for the Warriors over two years.

He left Newcastle for the Warriors in 2010, and has also played in the Premiership for Leicester, Gloucester and Leeds.