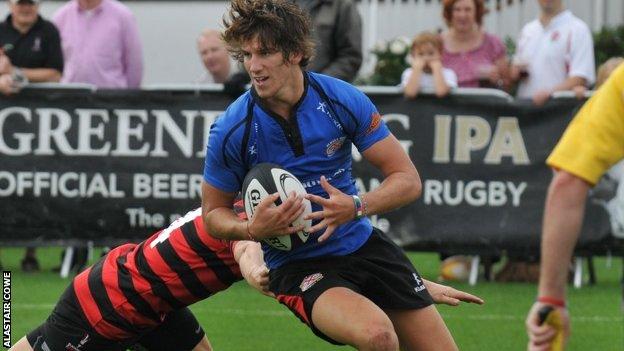 Jersey director of rugby Ben Harvey says he hopes to bolster his injury-hit squad with at least one dual-registered player from a Premiership side.

The island team are 13 points clear at the top of National One and are looking to gain promotion to the Championship.

"There are players around who can come from Premiership clubs who don't cost us anything," he told BBC Radio Jersey.

"They come on a dual-registration deal and there are some good young players out there.

"We're looking very hard and hopefully we'll be able to pick someone up to help us out and give them a bit of experience as well."