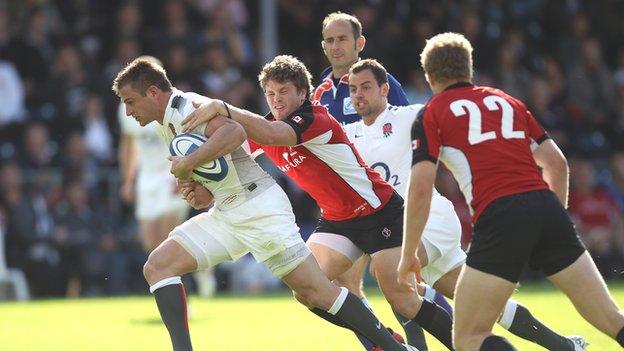 Gloucester's Henry Trinder has undergone surgery on a fractured jaw sustained during Saturday's victory over Harlequins.

Trinder, who returned to action following a four-week injury lay-off in the 29-23 win, will be on the sidelines for a further four to six weeks.

The outside centre said on Twitter that he had had four screws and a metal plate inserted into his jaw.

In a bruising encounter, Trinder also endured eight stitches to a head wound.