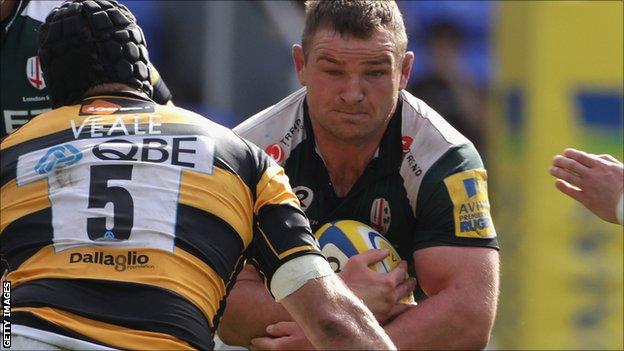 London Irish hooker James Buckland has signed a new contract, keeping him at the club for a further two seasons.

Buckland, 31, has been an ever-present player for London Irish this season, making 20 appearances for the club.

The former England Under-21 forward has made 81 appearances and scored two tries for the Exiles since signing from London Wasps in July 2008.

"James has a fantastic set-piece game which is vital in the Premiership," said Exiles head coach Toby Booth.

He continued: "You need a solid platform to play off up front if you are to be successful. He is a highly committed performer for London Irish whenever he takes the field."

Buckland added: "I have thoroughly enjoyed my four years at London Irish and I'm looking forward to the next two seasons."