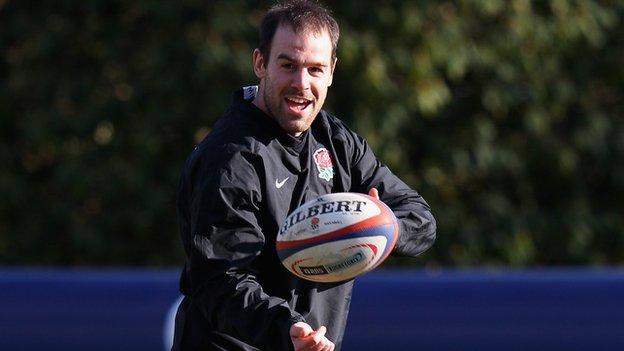 Hodgson faces a battle to regain his starting place after Owen Farrell impressed at 10 against the Welsh.

Lock Tom Palmer, dropped in favour of Geoff Parling, is also included in the training squad, which includes all 22 players on duty at Twickenham.

The squad reconvene until Thursday to prepare to face France on 11 March.

Back in England team, hand injury in training sees him miss Wales match in 2012 Six Nations

A selection of players will be released on Wednesday evening to train with their clubs ahead of the weekend's Premiership action.

England dropped to sixth in the latest International Rugby Board world rankings, with Wales moving above them into fifth, after their defeat on Saturday. Reigning world champions New Zealand, Australia, France and South Africa are the top four.