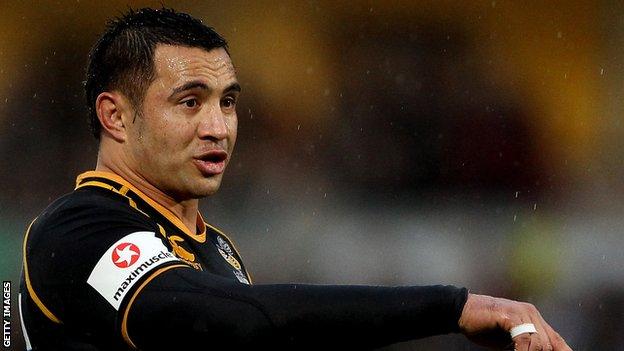 Premiership strugglers Wasps will be without injured Riki Flutey, Marco Wentzel and Chris Mayor for the rest of the season.

England centre Flutey, 32, damaged his ankle in the 15-12 home defeat by Exeter on 18 February.

South African lock Wentzel, also 32, dislocated his shoulder in and will have an operation this week.

Meanwhile, 29-year-old centre Mayor has had surgery on a thumb injury.

The trio had made 49 appearances between them this season and their loss has added to the problems facing coach Dai Young, who must find ways to plug a number of gaps as his side try to pull themselves away from Premiership bottom club Newcastle.

Wasps currently have a six-point advantage over the Falcons, who they are due to meet on the final day of the Premiership season on 5 May.

But there is some good news for Young, with Richard Haughton and Richard Birkett expected to return to training this week, while John Hart and Ross Filipo could be available in early April.