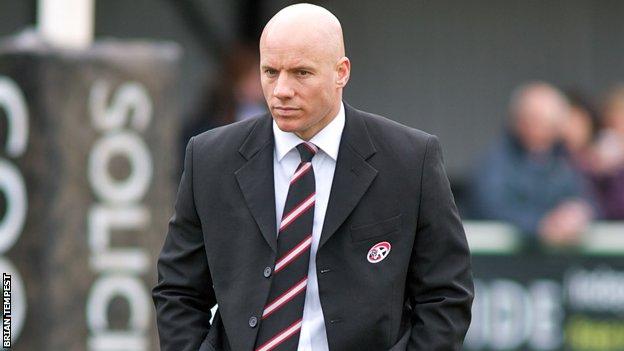 Cornish Pirates backs coach Harvey Biljon says Nottingham could be the biggest threat to his side winning the Championship play-offs.

The Pirates are in a play-off group with Bedford, Rotherham and Leeds.

They would meet either Bristol, Nottingham, London Welsh or Doncaster in the semi-finals if they make it out of their group.

"For me there's a dark horse in Nottingham," Biljon said of the side that finished fifth in the table.

"There's something going on there that we need to be aware of," he added to BBC Radio Cornwall.

Nottingham have won four of their last five matches and under new owners are targetting the Premiership.

They have former as an advisor and are one of just a handful of teams in the league who have a stadium capable of holding Premiership matches.

But Biljon says Nottingham will not be the only side who will provide tough competition for the Pirates, who made the final last season but lost out to Worcester.

"There are threats all over. Bedford are always a threat, Bristol are definitely a threat," Biljon said.

"But let's play the games we've got first and let's take those teams on before we start getting too far ahead of ourselves," he added.