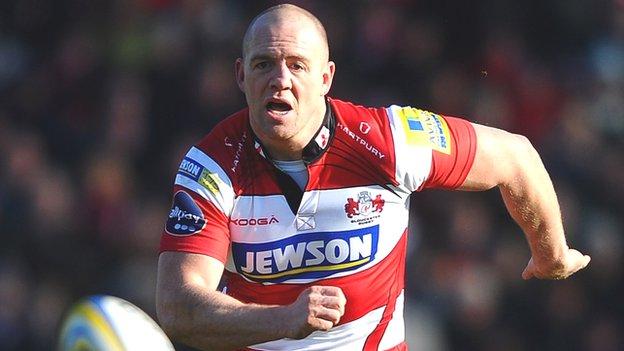 Gloucester pair Mike Tindall and Akapusi Qera have been called up by the Barbarians to face Ireland in May.

Tindall, out of the England reckoning after his misconduct at last year's World Cup, will make his Baa-Baas debut at Gloucester's Kingsholm ground.

Qera has represented Fiji at the last two World Cups and was named Gloucester Player of the Year in 2010.

Former Gloucester and Bath full-back Iain Balshaw has also been called up for the clash on Tuesday, 29 May.

Tindall was initially excluded from England's elite player squad and fined £25,000 by a Rugby Football Union panel last year over his controversial night out during the World Cup.

He was later reinstated and saw his fine reduced to £15,000 on appeal, but he has not featured for England since then.

It is unknown whether he will face England at Twickenham in the first match of the Baa-Baas's three-game tour.

In early February it was announced that Shane Williams will play his farewell match against Wales at the Millennium Stadium as the series concludes.