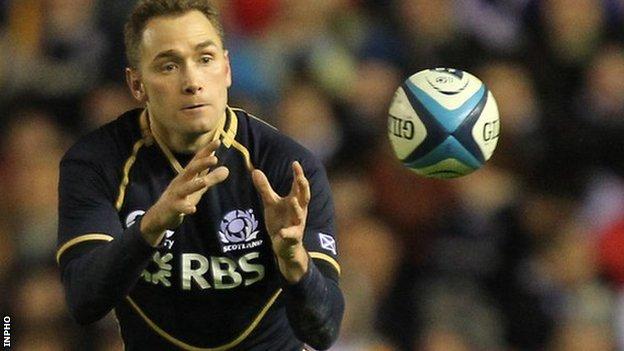 Connacht have confirmed former Scottish fly-half Dan Parks is to join them on a two-year contract at the end of the season.

The 33-year-old, who has 67 Scotland caps, has agreed the move from Cardiff Blues, having spent two seasons in Wales.

Australian-born Parks retired from international rugby after the 2012 Six Nations defeat by England.

Parks will compete with Miah Nikora and Niall O'Connor for the number 10 shirt at the Galway Sportsground.

Parks will be only the second Scottish international to play for Connacht, the other being No 8 Eric Peters, who was at Galway in 2002-03.

Connacht, who played in the Heineken Cup for the first time this season, are currently 10th in the 12-team Pro12 standings.