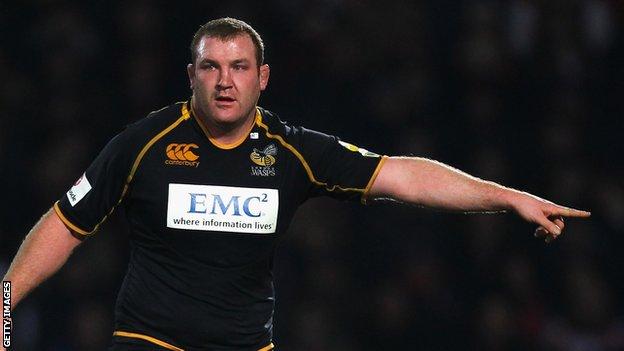 England international Payne, 32, has featured 22 times for the Premiership strugglers this season.

Southwell, 31, who has 59 Scotland caps, has played 21 games this campaign, scoring four tries.

"It's great to see senior talented guys like this commit to the club for the years ahead," director of rugby Dai Young told the club website.

"Tim Payne has shown a real appetite and hunger to continue his career at the highest level and I believe he remains one of the best loose-heads in the country.

"Hugo Southwell has been a real lynchpin at full-back and his international experience is playing an important role in developing some of the younger talent we have in our back-line.

"These are the kind of quality players we want to keep at the club."

Former British & Irish Lion Payne has amassed 238 Wasps appearances since making his debut in 2003, while Southwell, a former Worcester and Edinburgh full-back, is a summer arrival from Stade Francais.