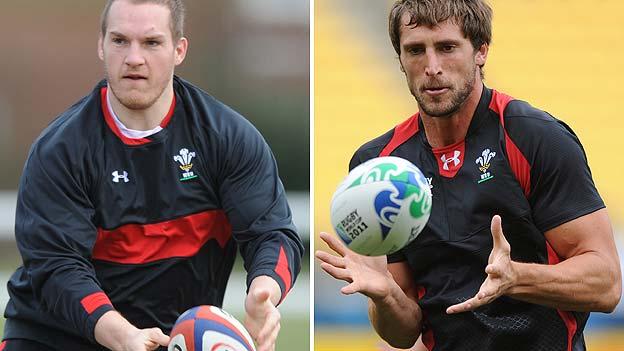 An increasing number of Welsh-based players are leaving the regions, who are set to introduce a salary cap next season amid financial problems.

"All basically the regions are doing is breeding youngsters and breeding talent," said Lewis.

"English clubs and French clubs can then purchase them when they come up to a certain standard.

"[It's] very disappointing. Obviously there is a major financial problem and restraints on Welsh regions and the situation is only going to get worse."

And since then Jenkins, Charteris, Aled Brew and Huw Bennett have all announced moves to Top 14 clubs.

The only Wales international, out of contract at the end of the 2011-12 season, so far bucking the trend is prop Adam Jones, who has signed a new two-year contract with the Ospreys.

But centre Jonathan Davies is expected to follow suit by signing a contract extension with the Scarlets despite interest from England.

Also, Shane Williams has brought forward his retirement by 12 months to quit at the end of this season, but Ospreys have held on to Wales tight-head prop Jones for two more seasons.

Scarlets head coach Nigel Davies as admitted his region is "in a battle" to field a competitive squad next season.

Dragons defence coach Robert Appleyard has added his voice to those saying Welsh teams cannot compete financially with their French counterparts - the Dragons will lose lock Charteris and wing Brew at the end of the season.

Likewise, Blues chairman Thomas says more player departures could be on the cards and skipper Paul Tito has predicted a "crash" for the Welsh regions.