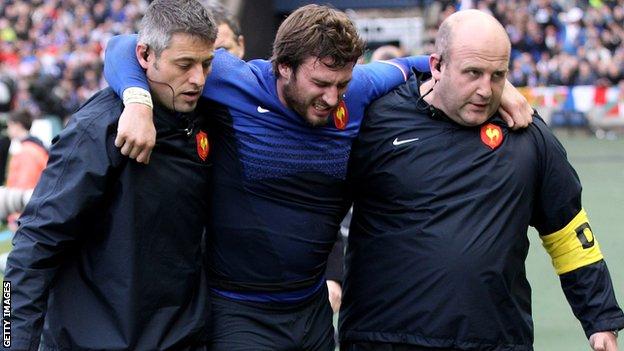 France full-back Maxime Medard will be out of action for up to nine months after suffering a serious knee injury.

The 25-year-old Toulouse star is to have an operation on damaged cruciate and anterior ligaments next Monday before he goes into rehabilitation.

He picked up the injury in Sunday's 23-17 Six Nations victory over Scotland.

Medard revealed on his official Twitter account: "The operation is booked for Monday. My unavailabilty will be from six to nine months."

The 30-cap international scored a try in the win at Murrayfield but was helped off with 12 minutes to go after damaging his knee.