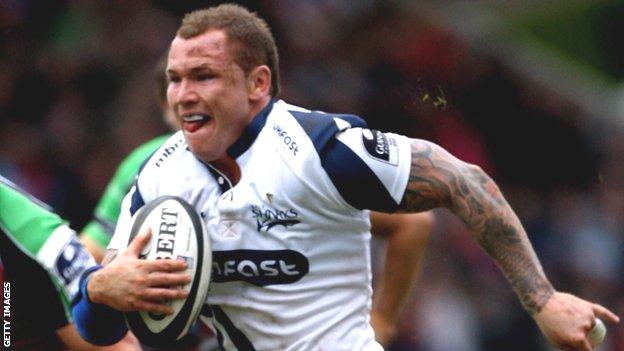 Wasps have completed a deal to sign centre Lee Thomas for next season.

The 27-year-old Welshman is currently at French Top 14 side Lyon, who he joined in 2010 from Sale after spending four years at Edgeley Park.

He will be reunited with Wasps director of rugby Dai Young, who he played under at Cardiff Blues.

"I am delighted to be returning to England to be part of an exciting squad and coaching team," Thomas told the Wasps website.

"I have enjoyed my time in France but feel it is the right time to return to England and be closer to home.

"I know Dai Young well from my time at the Blues, and am looking forward to working with him again."

Young added: "Lee is a hard-hitting centre who will bring something different to our midfield.

"He has plenty of experience in this league and will be a very good addition to our squad, especially considering he can also cover fly-half and kicking duties very effectively."

He becomes the second Welshmen to commit to Wasps for the 2012-13 campaign, after it was confirmed hooker Rhys Thomas will leave the Blues for Adams Park in the summer.