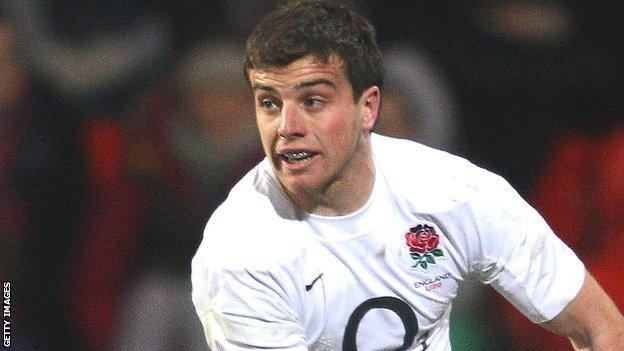 Leicester Tigers fly-half George Ford insists he has plenty to learn despite his rapid rise to the first team.

England Under-18 star Ford, who has just signed a new contract, gave an eye-catching display as Tigers routed Newcastle Falcons on Saturday.

But the 18-year-old told BBC Radio Leicester: "There were parts of my game that could have been a lot better.

"I have been brought up in a way that will stop me getting arrogant. There's no such thing as the finished article."

"To say I've made it now-would never go through my mind," he continued.

"It [the hype] doesn't really affect me. I'm pretty grounded.

"I'm fully aware of my position and that I have to keep getting better and better in every part of my game."

But the Ford rugby dynasty shows no sign of slowing down.

Older brother Joe is at Northampton Saints and father Mike was England defence coach until leaving the role last December.

They could soon be followed in the professional game by younger brother Jacob, 12.

George added: "He's a great player, he gets stuck in. He definitely has the ability to be a good player."