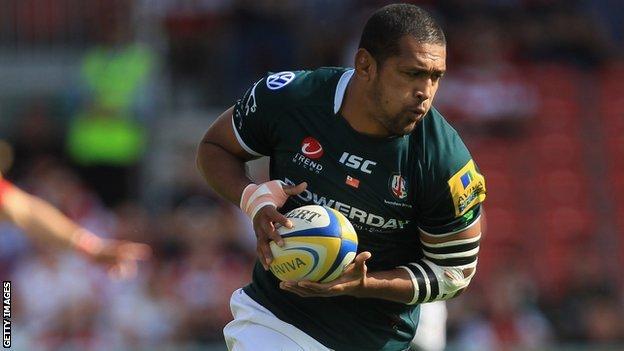 London Irish's Chris Hala'ufia looks set to miss the rest of the Premiership campaign after receiving an 11-week suspension for a dangerous tackle.

The 33-year-old was cited for a tackle on Racing Metro's Gaetan Germain during Exiles' Heineken Cup win in December.

The number eight will be unavailable until 17 May, meaning he will only feature again this season if Irish reach the Premiership final on 26 May.

He was handed three-, four- and eight-week bans before being banned for seven weeks for a high tackle on Gloucester's Olly Morgan last October.