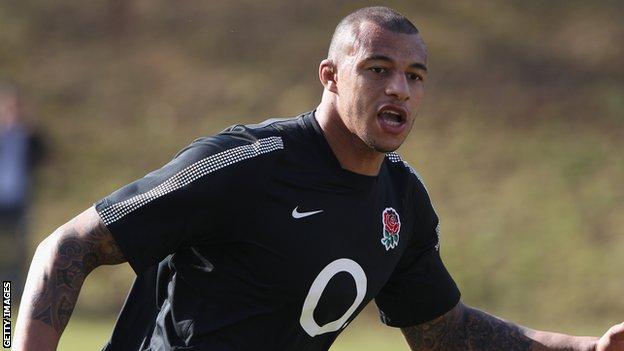 Lock Courtney Lawes is to miss the rest of England's Six Nations campaign because of a shin injury, his club Northampton Saints have confirmed.

Lawes made his first appearance of the tournament after he came off the bench in last weekend's 19-12 loss to Wales.

The 23-year-old has been ordered to rest by his club side because of the stress fracture.

"He will be out for a couple of weeks," Northampton director of rugby Jim Mallinder told BBC Northampton.

"Hopefully it's not too bad, nothing drastic.

"It's a question of getting him off his feet for a couple of weeks. He's still young and the way he plays is very physical.

"I'm sure he'll come back stronger. He's been very unfortunate and he's very disappointed but he's got a long career ahead of him."

Lawes has endured an injury-hit Six Nations after he missed England's first two matches with a knee problem.

He returned as a replacement on Saturday but conceded the turnover to Scott Williams for the match-winning try.

England interim coach Stuart Lancaster said: "It's unfortunate for Courtney as he had just really got back into training with us.

"But we have to listen to expert medical opinion and if that means he has to keep the weight off his right leg to help him recover then we have to respect that and work with Saints to manage his recovery."