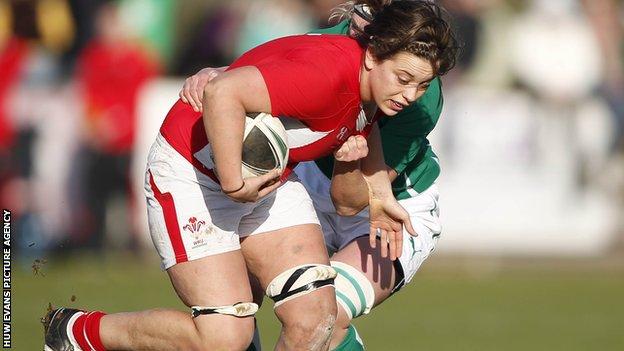 Wales suffered a heavy defeat as Ireland ran in six tries in a re-arranged game in Ashbourne.

The game was re-arranged after February's match was abandoned at half-time due to a frozen pitch.

It was Wales' second defeat in the Championship and they face Italy at the Millennium Stadium next Saturday.

Wales were without captain Rachel Taylor, who has been banned for four weeks following an incident in the defeat against England on 25 February.