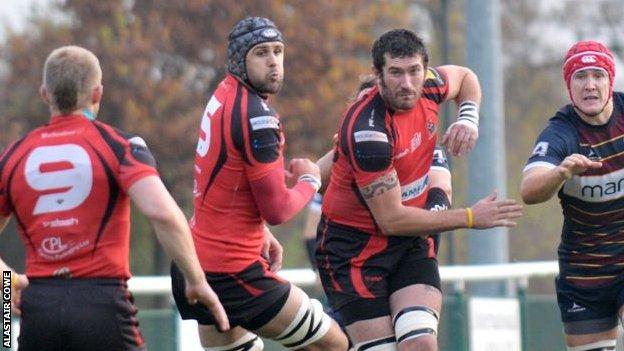 Redruth staged a second half fightback to beat Hertford 38-24 at the Rec.

They were 24-15 down at half-time despite tries from Owen Hambly and Tom Notman as Josh Corcoran, Mike Allan and Olly Forrest went over for Hertford.

But unanswered tries for Hambly, Craig Bonds and Dean Bonds, along with two Brett Rule penalties, sealed the win.

"To come back from 24-15 down at half time to zero them by 23 points in the second half was great," said director of rugby Dave Penberthy.

"We started very lethargically and allowed them into the game, they went 10 points clear and we didn't perform.

"Our set-piece wasn't good enough, out line outs weren't good and I think we were just going through the motions," he told BBC Radio Cornwall.

Penberthy was full of praise for forward Hambly, adding: "Owen is just a very good footballer. You could play him at 12, 13 or seven even though he's a hooker by trade.