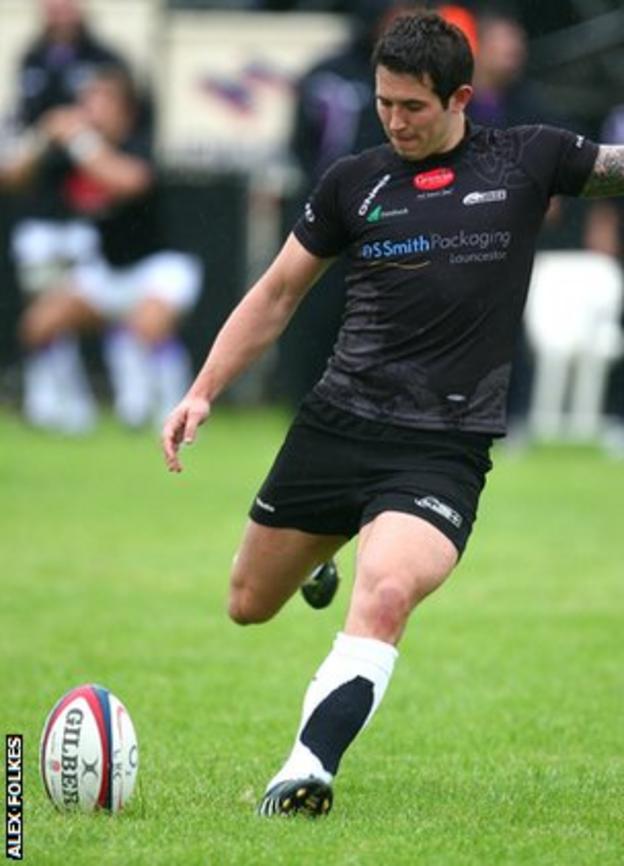 Launceston needed a late conversion from Kieron Lewitt to secure a 27-26 win over lowly Lydney.

Two Richard Bright tries in the first 10 minutes had helped Launceston to a 14-11 half time lead.

Tries from Anthony Wicks and Josh Hannam then helped Lydney go 26-17 up with 14 minutes to go.

But a Lewitt penalty brought the Cornish All Blacks within a score and James Salter crossed the line in the last minute to set up Lewitt's kick.

The fight-back came as Launceston's squad were still reeling from news that they had after more financial problems at Polson Bridge.

"It was a great game and it was great to finish in that style, I'm really happy," skipper Tom Rawlings told BBC Radio Cornwall.

"That's why Kieron Lewitt's top of the kicking charts and he banged it right between the uprights under pressure to steal a victory from them.

"All credit to Lydney, they came down here and even though they're in the relegation zone they really fought.

"We went two tries up early doors and looked like we could run away with it, but it all came to a halt and somehow we pressed pause."