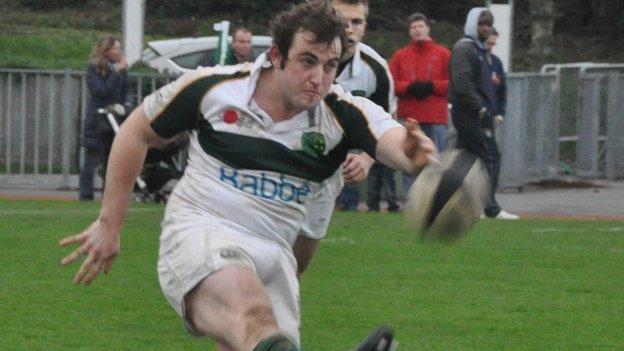 Guernsey cruised to a 56-21 bonus-point win over Thanet Wanderers to stay top of London One South.

"We've still got five games to go and at the end of the day we're just looking at each game as they come," Reynolds told BBC Guernsey.

Guernsey stay top of London One South and are level on points with Chichester, who they meet on 24 March.

"Every game is big for us from now on in, we'll concentrate on every game that comes up."