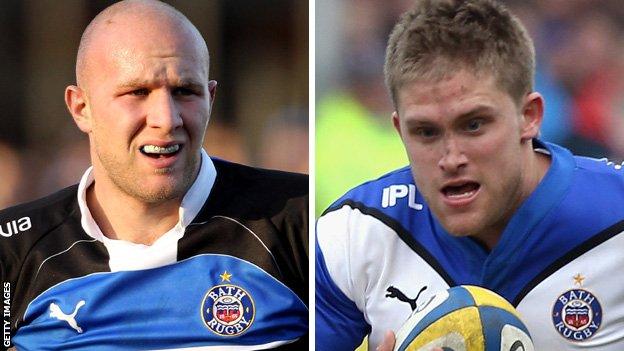 Back rower Ovens, 22, has spent much of this term on loan at Bristol although he has played four games for his parent club during the current campaign.

Centre Williams, also 22, has made 20 first-team appearances since graduating from the Bath academy alongside Ovens.

"Both Josh and Ben are very talented young players, who we are keen to see develop further with the club," said director of rugby Sir Ian McGeechan.

"They work hard and are eager to learn. Ben had a great start to the season before he was unfortunately injured and Josh has been building up his playing experience with Bristol, so we're delighted they've agreed to stay."

Ovens added: "This is my home club and playing for them has always been my ambition and a great privilege. I've also enjoyed my time at Bristol this season as it has helped my game development enormously and I'd like to thank them for the support they've all given me."

Williams concluded: "The set-up here is great and the squad is really coming together. I love playing for the club, and am looking forward to working hard to compete for a place in the matchday squad."