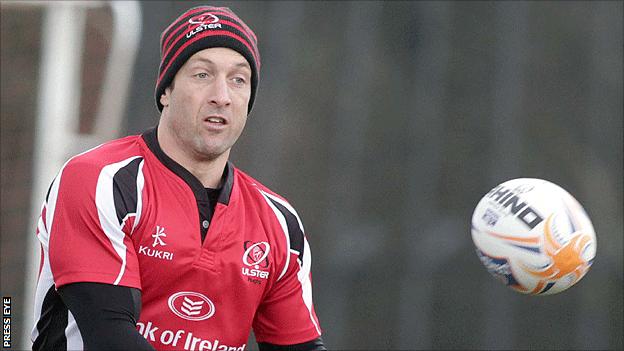 Former South African full-back Stefan Terblanche has agreed to stay on with Ulster for a further two months.

Terblanche, who was brought in on a three-month contract as cover for the injured Jared Payne, will now be at Ravenhill until the end of April.

The 36-year-old has scored two tries in his nine appearances so far in an Ulster shirt.

Terblanche got one of the province's six tries in their convincing 38-16 Pro12 win over Edinburgh on Friday.

Brian McLaughlin's men are fifth in the standings as they aim to reach the end-of-season play-offs for the second year in a row.