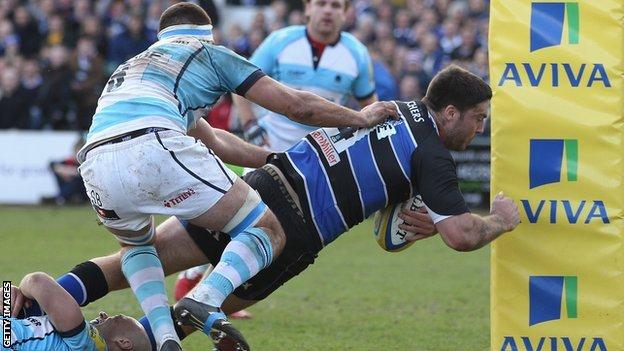 Bath's Matt Banahan believes he has returned to his best form after "struggling" in recent weeks both on and off the field.

The 25-year-old back was among the try-scorers in Bath's 36-17 victory over Worcester on Saturday.

"To get over the whitewash is always good. That love for the game and love for training is coming back."

Banahan has made 16 appearances for the Premiership outfit this season, scoring five tries.

He represented England at last year's World Cup and has also been on the fringe of the Six Nations squad but he has yet to make an appearance in this year's tournament.

He continued: "I've had 18 months of playing non-stop without much rest so I lost a bit of that zip about me, with everything in life. But it feels like it's coming back.

"Hopefully it can lead me and the team into a good end of the season that would be great, and then I can finally have a holiday."