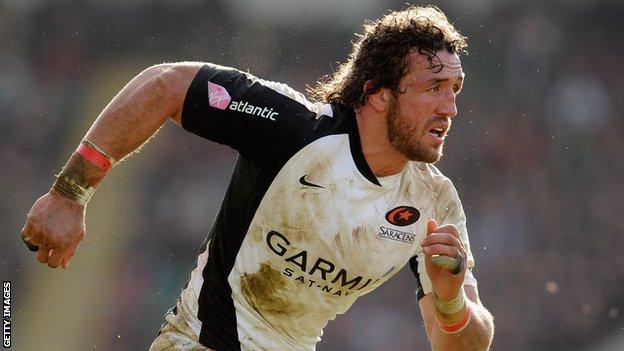 Saracens flanker Jacques Burger could be ruled out for nine months after learning he will require knee surgery.

The Namibia international, who has only played six games this season, revealed on Twitter that his hopes of avoiding an operation had been dashed.

"Done a couple of things trying to get back playing this season but it's not worked. Will have a knee operation in the next week. 9 months," he tweeted.

Saracens have confirmed Burger will undergo surgery next week.

Burger, who was named Sarries Player of the Year in last season's Premiership title-winning campaign, endured an eight-week spell on the sidelines with a knee problem 13 months ago.

He has featured 48 times for the north London club since his arrival from Super 14 side Bulls in December 2009.

Kelly Brown, Andy Saull, Justin Melck and Will Fraser will continue to share flanker duties in his absence.

Saracens are already without scrum-half Richard Wigglesworth to a long-term knee injury.