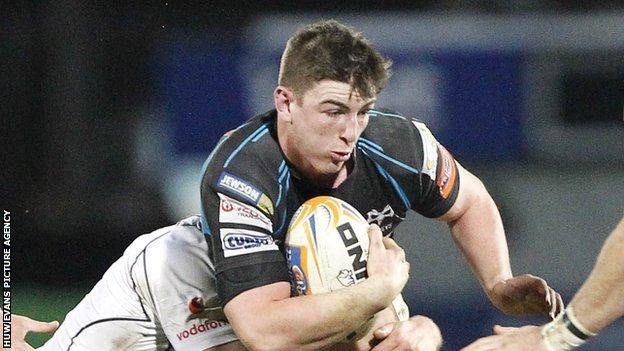 Flanker Sam Lewis has signed his first regional contract with the Ospreys until the end of the 2012/13 season.

The 21-year-old open-side has impressed for Swansea RFC in the Principality Premiership and has played all four LV= Cup games for the Ospreys this season.

Lewis has also played in the last four RaboDirect Pro12 games for the Ospreys.

"It's a dream to play at this level and represent your home region and I just want to keep on doing it," said the Mumbles product.

"I'm really chuffed. I was playing for Swansea, just doing my thing for them really, and obviously I've done enough to be noticed by the Ospreys.

"I wasn't part of the age-grade system until I got a few games at Under-20 level so it shows that if you work hard and play well at Premiership level, the Ospreys are watching.

"Hopefully I can continue improving over the next 18 months now and do well for the Ospreys so I can stay here beyond that time."

Lewis is the younger brother of former Osprey Ben Lewis, a highly-rated openside who made 24 regional appearances before being forced to retire through injury last year.