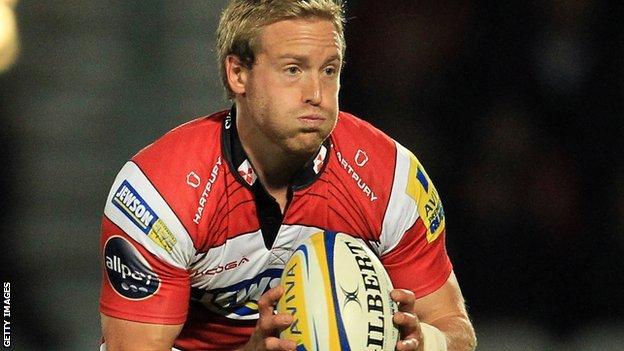 Fly-half Tim Taylor has committed to a new two-year deal at Gloucester.

The 29-year-old initially joined the Cherry and Whites on loan in January 2010 but earned a permanent contract after just a month at Kingsholm.

He has since made 34 appearances for the Premiership outfit.

"I'm really enjoying living down here and being at the club," he told BBC Gloucestershire. "It's great that they've offered me a new contract and I'm really happy with it."

Taylor has been sidelined since December after suffering a thumb ligament injury in the game against Connacht.

After a succesful operation on the problem, he is now ready to return to Bryan Redpath's squad.

"It's been a long break - about nine or 10 weeks - and a lot longer than I anticipated," he added. "It's really good to be back training and hopefully get in the mix for the team in our next game."