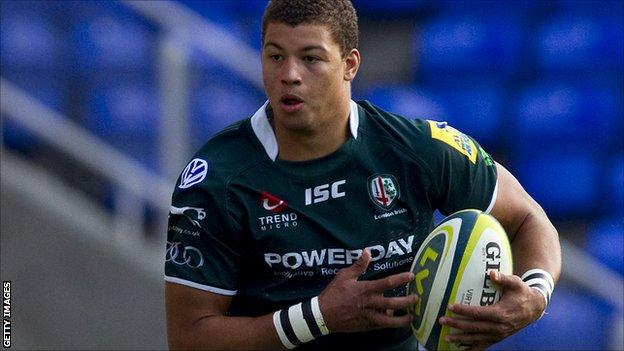 London Irish centre Guy Armitage has confirmed he will join French side Toulon at the end of the season.

Armitage, 20, is the younger brother of London Irish full-back Delon and Toulon forward Steffon, and has played eight times for the Exiles this season.

Uncertainty surrounds the future of Delon, with Toulon set to complete a hat-trick of Armitage signings.

Guy, who represented England at the 2011 Junior World Championships, added: "I'd particularly like to thank Neal Hatley who has supported me without fail throughout my time here.

"It has been great working with him and Justin Bishop in the academy set-up at Sunbury.

"Moving to France for three years will be a huge challenge but one I feel I'm prepared to take on.

"The opportunity to develop further with Bernard Laporte - alongside Jonny Wilkinson, Matt Giteau and Mathieu Bastareaud - is one I felt I couldn't pass up."